“The internet of things (IoT) is a computing concept that describes the idea of everyday physical objects being connected to the internet and being able to identify themselves to other devices.”
This would mean that normal everyday household items will be integrated with sophisticated tech to do more.
You might also know IoT as “smart”. At the moment, it is currently in the infancy stage with some devices around like smart TVs, smart refrigerators and smart entry locks. Sooner or later, things like driverless cars and personal assistant devices (e.g. Google Glass) would become the norm.
These devices work by using sensors that transmit data to a computer or software, allowing them to perform important tasks. Due to their utility and high levels of automation, there has been an increase in the number of devices being connected to the internet. On average, there are 127 objects being synced up every second.

Benefits of the internet of things:

IoT is an important piece of technology that is set to improve greatly over time. There are many advantages of having things connected to each other. Here are a few of the benefits:

With added sensors, these devices are able to collect a large amount of data on many different areas.
For example, in addition to the practical elements of being able to know which foods are going out of date in your smart refrigerator, this enhanced household item will be able to give you additional information on its power consumption, temperature, average time of the door spent open and much more.
A greater flow of information means that company behind the device can analyse large trends in the data to better improve the features of the device.
Many companies are realising the power of this technology and it is leading to a large increase in the market. In fact, the total market value of IoT is set to grow to over $3 trillion annually by 2026.

2) Ability to track and monitor things

As well as tracking data for a company to use, it also greatly benefits the user.
These devices would have the ability to keep an eye out on the current quality of goods at home. Knowing the state of your items will allow a homeowner to know when they need to replace an item, without them having to consistently check the quality themselves.

3) Lighten the workload with automation

Having a device doing most the work for you means that you can save more time and cost. Imagine having your fridge order a new carton of milk to be delivered when it reaches a certain level level of expiry? Sounds good to me.
This greatly reduces human efforts. It also results in devices being created that need little to no human intervention, allowing them to operate entirely on their own.

As well as saving time for the device owner, it can also result in cost savings. For example, if lights automatically turn themselves off the moment you leave the room, you could save a lot of money on you electricity bills.
As you can see, connected devices can provide many useful implementations. The IoT system encourages machine to machine (M2M) communication resulting in increased long term efficiency for both the company and user.
The rate of growth for machine to machine communication is high. The total number of connections are set to grow from 5 billion in 2014 to 27 billion in 2024.

In the end, all the benefits lead to an increased quality of life.
Having your devices track and order things for you, turn light switches off for you, and help manage important tasks that you may not have the time to do yourself certainly takes away a lot of stress.
There is no doubting that people are generally getting busier as the years go by. With so many devices being created and new technology being implemented, it’s hard to keep track of everything. It’s great to be able to be able to do the things you enjoy and have a computer take care of the mundane things you know need to be done.
Improvements to your lifestyle, health benefits and improved wellness are also part of the IoT future. For example, those that exercise regularly can utilise wearable technology to help them track their heart rate,body temperature, hydration to stay in shape and monitor their health. 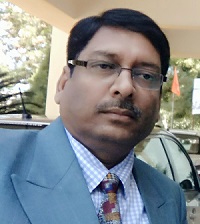